Sometimes, back pains can have interesting effects, including preventing crimes.

I realised this a few months ago, after being temporarily laid up in bed for a back problem.

The excruciating pain, however, ensured that I was bedridden and could do nothing else but read to pass the time. So I picked up a book that I had been putting off reading since a long time: ‘Man’s Search For Meaning’ by neurologist-psychiatrist Dr. Viktor E. Frankl.

And in doing so, I saved myself from committing a crime.

Because it would have been nothing less than committing a terrible crime, if I had allowed myself to go through life without reading it.

Why, I shall now elaborate.

The truth is, Viktor Frankl is one of those phenomena that prove miracles exist. He spent THREE years in four Nazi concentration camps during World War 2 (including the Devil’s own lair a.k.a. Auschwitz) and survived.

In the first part of his book, he describes his life at a concentration camp. Despite his rich, evocative, literary style, his account does not focus on the pathos as much as on how the human spirit responds to that experience.

After reading the book, I read some more about the Holocaust on the internet. For those who haven’t, please do so. Believe me, we cannot even begin to imagine—let alone mentally digest—the horror of what one human being is capable of doing to another. The Nazi death camps were a test of Life at its most extreme.

But to a perceptive man like Dr. Frankl, these raw, unimaginable horrors—these Life’s corrosive acid-tests—uncover certain truths about Life and living. Truths that are hidden from those who live comfortable lives like ours.

One thing he learnt was, in his words, life in a concentration camp rips apart a human being and exposes his soul. In those three years, he witnessed men exhibit their most demoniac AND their most godly selves.

Yes, he realised that despite those soul-sapping tribulations, there were men who were able to CHOOSE to respond to those tribulations in a positive manner, find dignity and meaning in their lives, and thrive.

Indeed, he observed that those who gave up, simply withered away and died.

His memoirs also mention those small moments of happiness and cheer, that often mean more to a man in those circumstances than all the money in the world.

These and other profound realizations that I don’t want to mention, for you must read them—realize them yourself—through his words.

The second part of the book is a bit more psychology-oriented, but intriguing, even for someone uninterested in the subject. It details his theory of Logotherapy.

The theory expounds how man subconsciously hankers for meaning, and how that meaning makes life worth living for him. Even in the worst of circumstances.

He also describes how meaning can be found in one’s life. Using several examples, Dr. Frankl illustrates how he could heal severely distressed patients simply by assisting them find meaning in their situations and lives.

Mind you, the book is not your usual easy-reading, quick-fix self-help book. It discusses ideas that need to be chewed and assimilated. So feel free to keep a paper and pen alongside, to take notes—you WILL want to go back to them later on, and ruminate upon them.

For me, the most hard-hitting take-home message was whatever the situation, one can still find some higher purpose in life (and that situation) and CHOOSE to respond positively.

Most importantly, how happiness is achieved as a SIDE-EFFECT of striving for that meaning. Not by making happiness the goal of one’s endeavour, because that is counterproductive.

Thus came Dr. Frankl to my rescue, as I lay in bed for ten days, waiting to recover from my back problem.

Instead of getting vexed and frustrated about the pain, my inability to work and other things, I could reflect on the teachings of that book, find meaning even in my ‘suffering’ (infinitesimal compared to what Dr. Frankl underwent) and be happy.

So please don’t commit a crime. And don’t wait for a back problem. Start reading the book today. 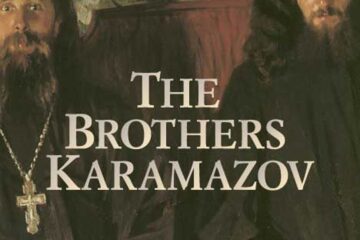 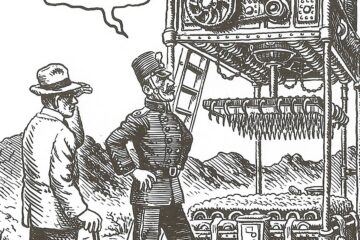 By Ajinkya Kale This 52-page short story takes place in a fictional colony situated somewhere far away from Europe. A traveller is sent by a commission to review the condition in the colony. While surveying, Read more…